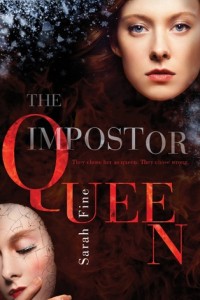 The elders chose Elli to be queen, but they chose wrong in this beautifully crafted novel in the tradition of Kristin Cashore and Victoria Aveyard.Sixteen-year-old Elli was a small child when the Elders of Kupari chose her to succeed the Valtia, the queen who wields infinitely powerful ice and fire magic. Since then, Elli has lived in the temple, surrounded by luxury and tutored by priests, as she prepares for the day when the Valtia perishes and the magic finds a new home in her. Elli is destined to be the most powerful Valtia to ever rule. But when the queen dies defending the kingdom from invading warriors, the magic doesn’t enter Elli. It’s nowhere to be found. Disgraced, Elli flees to the outlands, the home of banished criminals—some who would love to see the temple burn with all its priests inside. As she finds her footing in this new world, Elli uncovers devastating new information about the Kupari magic, those who wield it, and the prophecy that foretold her destiny. Torn between the love she has for her people and her growing loyalty to the banished, Elli struggles to understand the true role she was meant to play. But as war looms, she must align with the right side—before the kingdom and its magic are completely destroyed.

I’M SO EXTREMELY HAPPY RIGHT NOW BECAUSE I READ A BOOK I LOVE AND ITS BEEN WAY TOO LONG MY FRIENDS!!!!!!

This book has it all…magic, intensity, twists, intrigue, splash of romance, people standing up for what they feel is right, just basically everything you really want in a good fantasy AND it didn’t feel like just any other fantasy out there. This book has a little twist to the main character, Elli, that I really liked. It’s a shame I can’t be more detailed about what I mean by this because, in my opinion, it’s kind of spoilery, so you will just have to trust me on that. ;P

I really like how detailed the story is without feeling like there were a lot of info dump happenings, Fine did a really good job weaving in all the details I needed to know about the world and the way the Valtia and Elders worked. I also found the whole system of the inner workings to be pretty unique, as far as fantasies go.

There are several secondary characters that are important to this story and Oskar and Sig are two of them. I really like Oskar, he’s definitely written to be that like-able guy that everyone is probably going to get all swoony eyed over, I mean he is rather awesome, but I also really like Sig. (NO THERE IS NO TRIANGLE, I JUST LIKE MY BOOK BOYS.) I think they are pretty opposite personalities but I’m really curious to see what Fine does with Sig’s character. I’m always a sucker for what will probably be the less like-able guy to most readers.

The book doesn’t end with a huge cliffhanger, which makes it so much easier while waiting on this sequel! I’m definitely going to recommend adding this one to your TBR and going ahead and pre-ordering it! YOU WANT THIS ON YOUR SHELVES!

When I'm not writing, I'm psychologizing (really, I even get a paycheck for it). Sometimes I do both at the same time. The results are unpredictable.

Anyone else read this one? Link up your review in comments! 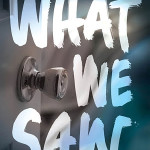 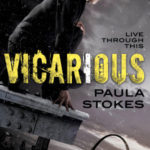 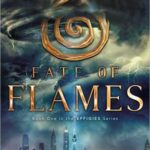 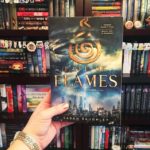 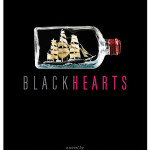 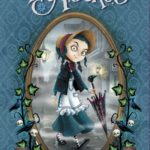 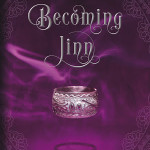