As dedicated fans of Courtney C. Stevens and her two novels, Faking Normal (2014) and The Lies About Truth (November 2015), we here at Bookiemoji are pleased to promote the author’s upcoming retreat in Missouri.

If you’re a published writer – or are aspiring to become one – this retreat (titled The Anatomy of Publishing) is your opportunity to join successful authors Courtney C. Stevens, Tessa Gratton, Natalie C. Parker and Victoria Schwab for a full weekend of writing workshops and marketing advice from August 27 – 30, 2015 in Camdenton, Missouri.

To learn more about the retreat, visit Madcap Retreats.

Visit Courtney’s blog to learn more about what influenced her to set up this retreat. Courtney is also holding a giveaway for some amazing prizes and writing opportunities – but you have to visit her blog to enter!

3- $300 coupons to this Madcap Retreat
1- 50 page manuscript critique by me (Courtney C. Stevens)
3- signed copies of Faking Normal
1- ARC of The Lies About Truth
5 – electronic copies of The Blue Haired Boy

Courtney has offered to provide some writing advice for us to feature on our blog in a brief, exclusive interview. It’s just a taste of the information you could acquire during the upcoming retreat. Without a doubt, her generosity is such an inspiration to writers and readers alike…

What structure or story elements do you think are important to include in a well-rounded manuscript?

There are so many things, but I believe the success of most manuscripts come down to three things:

I think readers often forgive plot if these three factors are in place.

Do you build character models or descriptions prior to writing? How does one go about developing a strong/believable main character in a story?

I have a very long character inventory that I build for each primary character. Roughly 200 questions. I teach a workshop on it called “Character as a House” – which I invented one day watching one of my favorite films, Life as a House (it has one of my favorite characters). I’m actually teaching this workshop in September, open to the public, via the Midsouth SCBWI Conference in Nashville, TN.

Building believable characters is all about transforming ink and wood-pulp into three dimensions. We need a character that is so utterly convincing that we’d swear up and down that we will be getting our Hogwarts letter in the mail very soon. To  build that type of dimension, I have to get to know the character from the guts out. Their wants, needs, lies, personality, family, failures and successes. And when I really get there, I’m no longer making them up; I’m transcribing their lives.

How many drafts does it typically take you to complete a published story? (AND/OR) What piece of advice would you give in completing a first draft?

Writing is re-writing. I don’t have an average number of drafts because it has widely varied depending on what I’m working on. My range is dead syrup slow to Niagara fast. But I will say this, whether I’m drafting or revising, I average 20 trips through the manuscript before it’s a product I don’t hide under the bed.

As far as a piece of advice, the best thing you can have is the trusted opinion of someone else who is ahead of you in publishing. I am lucky enough to critique with some amazing authors who I know will level with me and push me. I would not be where I am without their wisdom.

Talk to us! Let us know if you are an aspiring writer and feel free to discuss with us your hopes, dreams and thoughts about the advice above. Or simply share some love for Courtney C. Stevens and the other authors above! 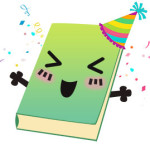